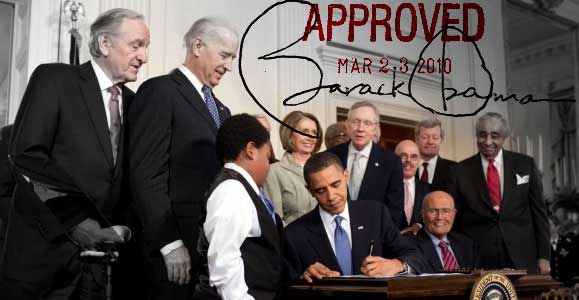 Synopsis: This was originally a health reform bill created by the Senate. The negotiations that led to it were essentially between the White House and Democrats in the House and Senate, since Republicans were unanimous in opposing the bill. There was much concern among progressives about the compromises Senate Democrats were willing to make to get the bill approved; for instance, they dropped the idea of public option health plan.

This bill requires most Americans to have health insurance, and mandates the creation of health insurance exchanges in each state to provide a simple, affordable way for consumers to purchase insurance if they don't already receive coverage from an employer. The bill was estimated to reduce the number of Americans without health coverage by 32 million over 10 years.

Opponents of the bill argued that it allowed too great a role for government in health insurance and was too costly. They vowed to try to repeal it and find ways to eliminate funding for some of its provisions.

Why supporters pushed for the bill

Under the PPACA, Americans would no longer have to worry about being denied insurance. Pelosi urged her audience to "Think of an economy where people could be an artist or a photographer, a writer without worrying about keeping their day job in order to have health insurance. Or that people could start a business and be entrepreneurial and take risks, but not be job-locked because a child has a child has asthma or diabetes or someone in the family is bipolar …"

Why opponents tried to stop the bill

More: select a member to see his or her other key health care votes.

02/03/2015 To repeal the Patient Protection and Affordable Care Act and health care-related provisions in the Health Care and Education Reconciliation Act of 2010, and for other purposes

10/10/2018 A resolution to overturn the Trump Administration’s expansion of short-term health insurance.

07/26/2015 To repeal the Patient Protection and Affordable Care Act and the Health Care and Education Reconciliation Act of 2010 entirely.